US CITIZENS PLEASE HELP SPEAK OUT FOR SHARKS! We need your help to get the US Shark Fins Sales Elimination Act passed before the US Congress wraps up before Dec 31, 2022!

Every year, fins from as many as 100 million sharks are traded globally for shark fins soup. This trade, along with other threats like fisheries bycatch, has fuelled declines in shark populations worldwide. One-third of shark and related fish species are threatened with extinction, and a recent study found no sharks on almost 20% of surveyed reefs. Losing sharks, the apex predators of marine ecosystems, also harms overall ocean health.

The #SharkFinsSalesEliminationAct removes the United States from this destructive global market by prohibiting commercial trade in shark fins and products containing shark fins. The legislation is very close to getting passed, but it must get done by December 31, the end of the current Congress.

If you are in the USA, please call your Congressional leadership and urge them to prioritize the Shark Fins Sales Elimination Act in the end-of-year legislation!

When you call, you can say, “I’m calling in support of the Shark Fins Sales Elimination Act, which has a record of strong backing in Congress and passed both chambers in the original microchip packages. Now, please get it over the finish line by including it in legislation you pass by the end of the year.” (If they ask for the bill number, it’s S.1106 for Leaders Schumer & McConnell and H.R. 2811 for Speaker Pelosi & Leader McCarthy.)

If you have any questions, email info@finsattached.org 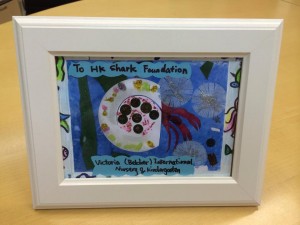