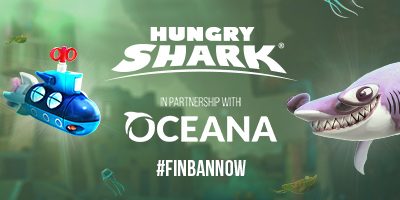 Fins from up to 100 million sharks end up in the global fin trade every year. Sharks like the smooth hammerhead, short fin mako, and blue shark are highly susceptible to bycatch and illegal fishing methods. As a result, these sharks are some of the most finned sharks in the world. We must act now to ban the buying and selling of shark fins in the United States and protect sharks and our oceans.

Hungry Shark is raising awareness for at risk sharks and asking players to take action for a #FinBanNow. The House of Representatives has already passed a fin ban — but it will all be for nothing if the Senate doesn’t do the same. Your voice is especially important to Oceana’s efforts to protect sharks – Can you tell your Senators to act today? 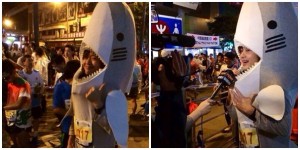 Kirsten
1. Can you introduce yourself briefly to us? Why protecting shark is an important issue? –   I am a…
Go to Top