Florida Fish and Wildlife Conservation Commission (FWC) will studies the economic impact of the ban on local communities, conservation groups are optimistic—in 2017 only 22 Florida fishers were in the shark fin business, bringing in only $360,000 per year. In contrast, shark diving employs 10,000 in Florida and brings in $314 million in Florida (PADI 2019). 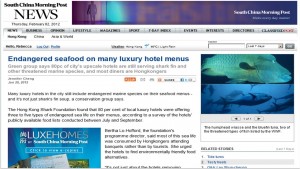