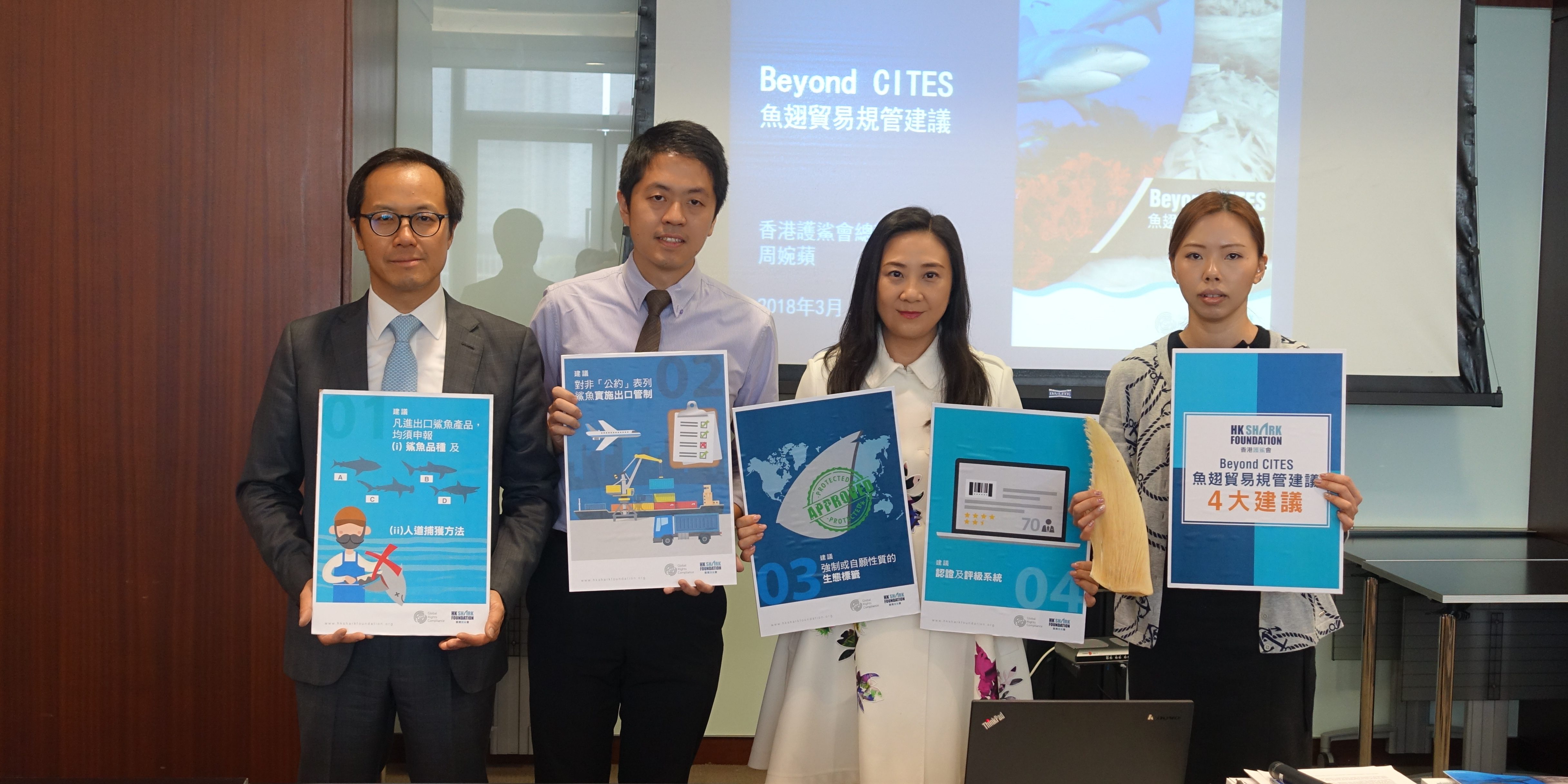 Hong Kong (29th March, 2018) – The HK Shark Foundation today released the latest “Beyond CITES – Shark fin trade recommendations for Hong Kong” report. Four Legislative Council members including Kenneth LEUNG, Elizabeth QUAT and HUI Chi Fung attended the launch and joined the discussion. The report compares and analyzes laws and regulations around the world, and puts forward four major recommendations that fit the current situation for Hong Kong, stepping up on international shark conservation responsibilities.
Yuen Ping CHOW, Executive Director of HK Shark Foundation, said: “Hong Kong is following CITES on regulating the trade of endangered sharks, including the international trade regulation of 12 shark species. However, it has no monitoring at the local level – not even the collection of basic consumption data. Hong Kong needs stronger measures, given its important role in the global shark fin market.”
The organisation commissioned the Global Rights Compliance as legal consultants to compare policies and regulations concerning shark fin trade among shark import and export countries, including Canada, South Africa, the European Union, the Marshall Islands, the UAE, the United States, and India. The results showed that most countries have taken initiative to implement local regulations on domestic laws in addition to CITES regulations to more effectively conserve sharks.
The report compares analyses of shark species conservation lists, labelling systems, trade records retention, import and export systems, and food safety regulations. This includes, for instance, the addition of threatened species in species conservation lists, or participation in conventions with wider conservation lists. Many countries have also enacted laws against shark finning at sea, for which Hong Kong does not have any policy in line with international standards. In terms of shark fin consumption, many countries have specifications for packaging instructions for shark fin products, including the scientific names of shark species, or require the preservation of sales records.
Hong Kong is still the world’s largest shark fin trade center, accounting for around 50% of global trade. In 2017, around 5,000 tonnes of shark fin was imported. Although there have been international consensus on shark conservation in recent years, the huge demand for shark fin in the Chinese community has still pushed many kinds of sharks to extinction. Earlier research showed that there were as many as 76 species of shark fins in the Hong Kong market, of which nearly one third was endangered or threatened, but only 12 shark species are regulated on import/export trades with a licensing system.
The report also summarizes the four recommendations that apply to the situation in Hong Kong:
1) Declaration of (i) species of shark and (ii) ethical catch method upon import/export of any shark product;
2) Export of non-CITES-listed sharks to be restricted;
3) Mandatory or voluntary eco-labelling;
4) Accreditation/grading systems
The Legislative Council’s Panel on Environmental Affairs has also listed the conservation of endangered shark species and the control of shark fin trade as outstanding items for discussion, tentatively scheduled for the second quarter in 2018. Chairman of the EA Panel, Tanya Chan, together with the committee members Kenneth LEUNG, Elizabeth QUAT and HUI Chi Fung, agree that Hong Kong is unique and important for shark conservation and supports that Hong Kong should further regulate the shark fin trade and reduce local consumption. Legislators will continue to follow up and discuss relevant proposals with the relevant government departments as soon as possible.
The HK Shark Foundation urges the government to consider the recommendations of the report and cooperate with the Legislative Council to discuss more comprehensive policies as soon as possible so as to effectively monitor and reduce the consumption of endangered species in Hong Kong.
* Including shark fin samples from sharks, batoids and chimaeras 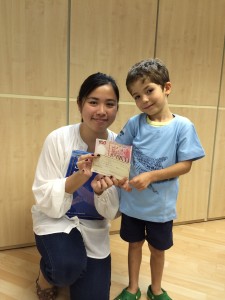 Mary’s Family (9 April 2014)
This lovely boy from Mary’s Family shared his birthday gift and pocket money to HKSF, showing his support to shark… 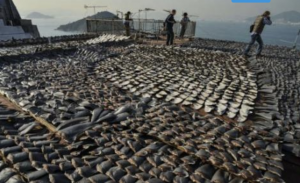