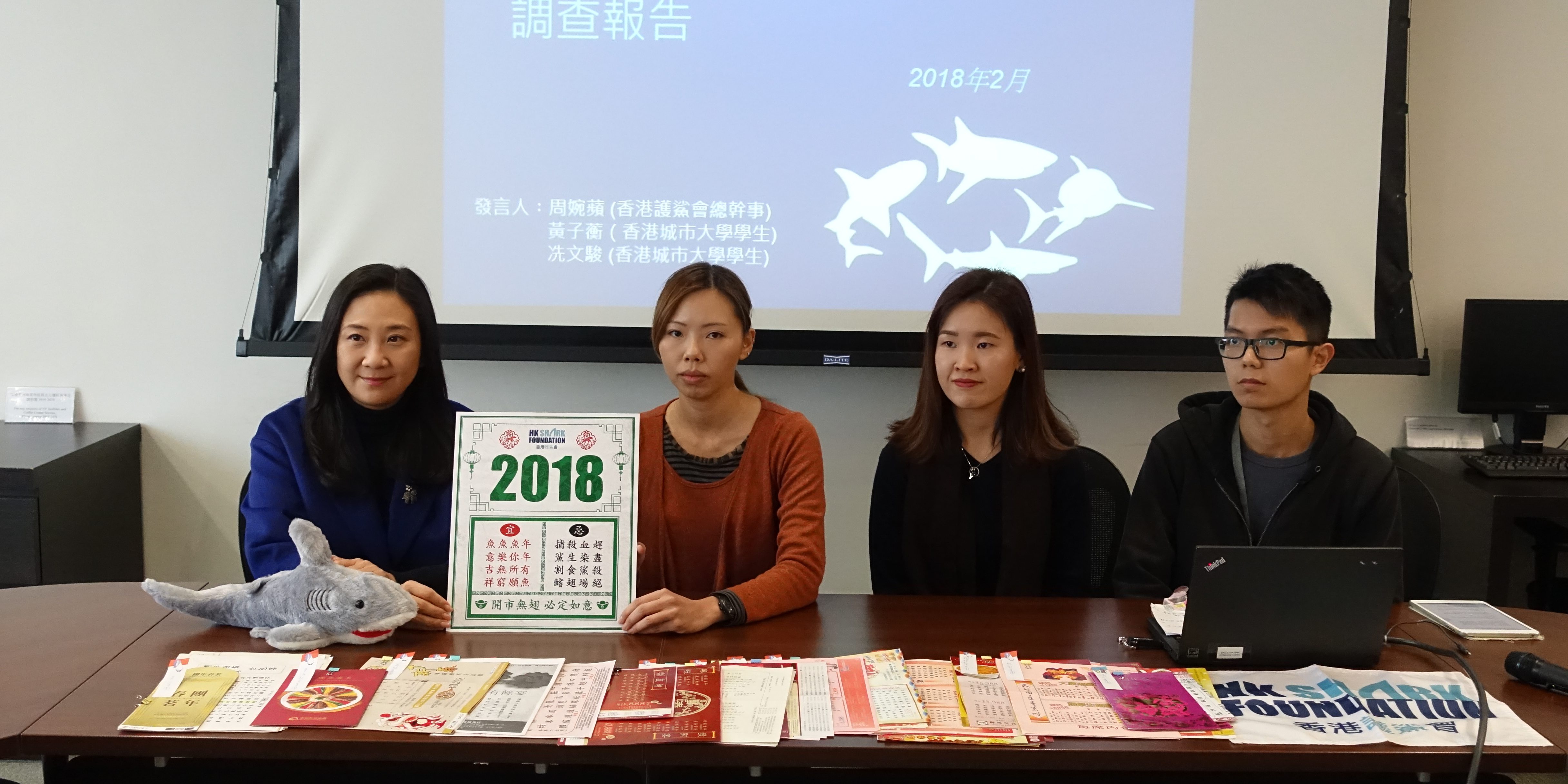 Hong Kong (8th Feb, 2018) – Hong Kong Shark Foundation, together with a group of students from City U, has conducted the latest survey on the shark fin supply of Chinese restaurants’ Lunar New Year/annual dinner set menus. The result shows that over 80% of the banquet menus offer dishes made of shark fin. Only half of the studied restaurants offer shark-free options for consumers. The restaurant East Ocean Lafayette is also offering shark fins from regulated shark species in the high-priced menu, and some of those restaurants offer shark fins from threatened species on demand. On the other hand, some restaurants do not provide their customers with shark free alternatives, or even require an additional charge to remove shark fin from set menus.

The survey was conducted in January 2018 to collect and review 291 Lunar New Year/annual dinner menus from 50 restaurants of 20 restaurant chain groups in Hong Kong and to conduct telephone inquiries as customers to investigate the distribution of shark species and shark fin sales methods, the results found three major issues:

Lack of shark fin information
Among the studied menus, none of the them contains information on the shark species of the fins, and only refers to a general description, such as ‘soup of shark fin in whole’ or ‘shark-fin soup in chicken broth’. Moreover, most of the staff members could not name the species of which the shark-fin soups are made, reflecting that the Chinese restaurants have no awareness of shark conservation.

Serving threatened shark species
Although most restaurants could not provide the information about the shark species, the staff from East Ocean Lafayette, one of the restaurant from East Ocean Gourmet Group located in Tsim Sha Tsui, stated that their shark fin soup in “Kam Yuk Moon Tong” menus are made of Wuyang, a shark fin made from silky sharks. Silky shark populations have declined up to 90%. The international trade of the Silky shark is now regulated in an international convention (CITES), and the Hong Kong government will soon implement the decision by amending local legislations.

Over 50% of the restaurants indicated that customers can “upgrade” the shark fin with additional charges. The Banqueting House, Paramount Banquet Hall and Dragon King Restaurant can even provide ‘Hai Hu’ from the Dusky Shark, a threatened species regulated by the International Convention, turning a blind eye to shark conservation.

Only Set Menus are Available. No Alternatives for Shark Fin Soups Offered
Chinese restaurants tends to serve Lunar New Year banquets with pre-set menus in general. In the survey, 85% of the banquet menus include shark fin soup. Some of the menus even do not offer any alternatives for shark-fin dishes. 21 of the studied restaurants indicated that they would not charge less for alternatives (such as bird’s nest or Chinese broth). Tao Heung and Choi Fook Wedding Banquet even require additional charges for alternatives, passively encouraging the public to consume shark fin.

The public awareness of shark conservation has been growing in recent years and people are more likely to accept the concept of ‘shark-free’ weddings. However, as shown in the survey, local Chinese restaurants are still confined to the conventional idea that shark-fin represents grandness, not actively reducing the supply of shark fin dishes but going backwards in the development of conservation in society. It is even more disappointing that the Chinese restaurants are indeed casting their responsibilities for conservation onto customers as reflected in the survey.

Elizabeth Quat, legislator of the Panel on Environmental Affairs, Legislative Council, expresses her concern, ‘shark-fin is still in most restaurant menus. Consumers may eat shark fin unintentionally. After passing the bill of the ivory ban, the Hong Kong should move on for shark conservation. We should urge the Government to study how to reduce the local consumption and tighten shark fin trade regulations.

The survey also found that there are individual restaurants (e.g. LHG Group) encouraging consumers to choose shark-fin free dishes with shark conservation logos and messages, while offering alternatives for consumers. These may be examples to learn from.

Hong Kong Shark Foundation suggests that Chinese restaurant groups should fulfil social responsibilities by stopping the promotion of shark fin products, and promoting sustainable options instead, as well as setting targets to reduce shark fin sales. The government should formulate policies to monitor and reduce the local consumption of endangered species. Consumers should say no to shark fin in all occasions in order to save sharks from extinction. 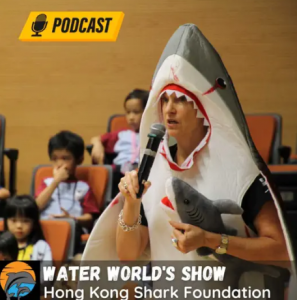 Listen to this podcast of HKSF, as the first guest speaker, at All About Animals Radio’s ‘Water World Series’
Check out what’s happening with shark conservation in Hong Kong with this excellent, new #podcast from Nikita Dhawan ❀❀ and…
Go to Top