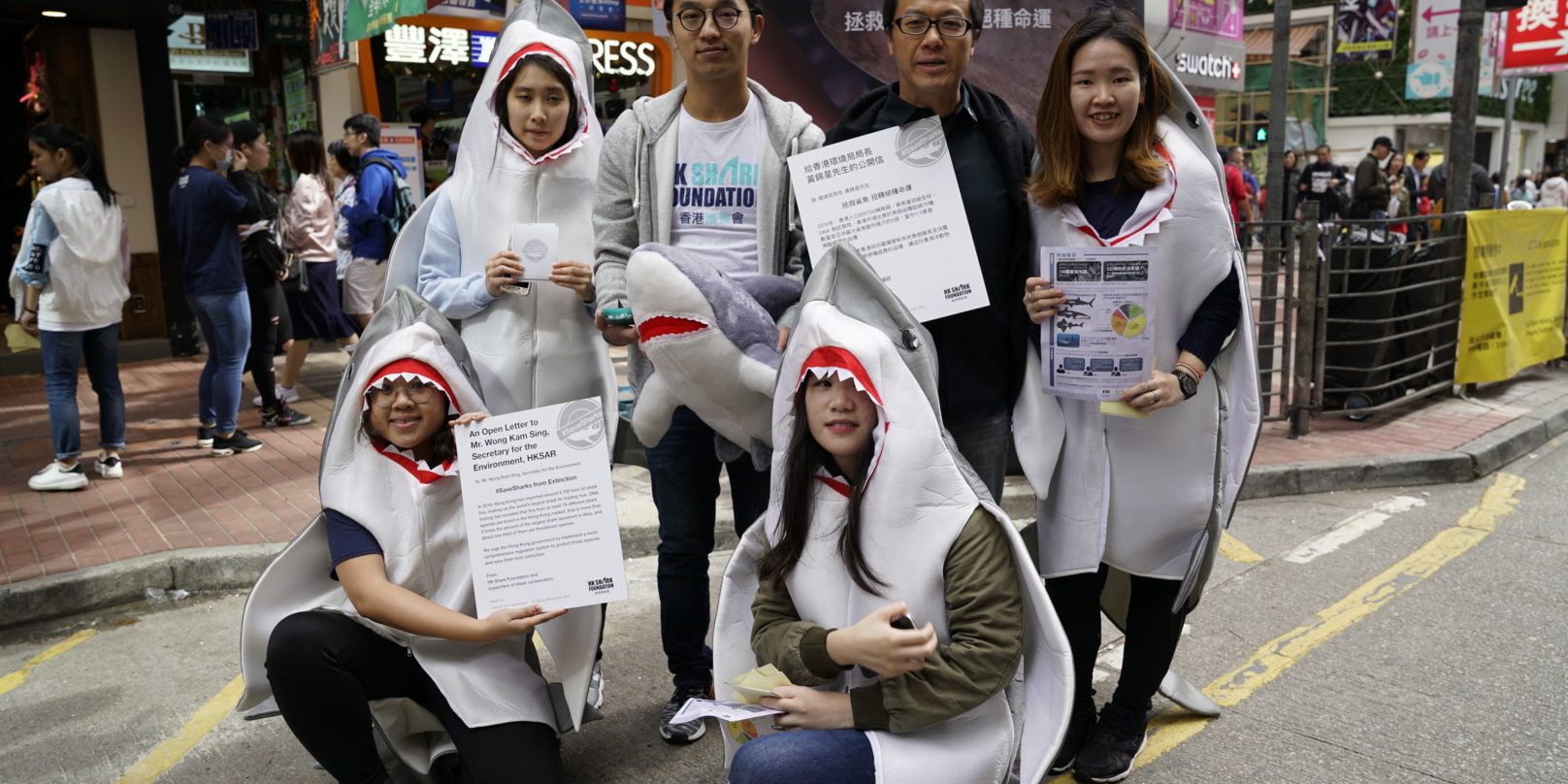 Hong Kong (26th November, 2017) – Hong Kong imported 5,700 tons of shark fins in 2016, making it the largest shark fin trading hub in the world. A new survey, commissioned by the Hong Kong Shark Foundation, has found that many Hong Kong citizens support conservation of shark species but do not know how the local government protects threatened species.

The School of Journalism and Communication, CUHK was commissioned by Hong Kong Shark Foundation to launch comprehensive phone survey in early November. Over eight hundred Hong Kong citizens aged above 18 were interviewed. Researchers discovered that 98% of the public do not understand the Hong Kong government’s conservation policy with regards to endangered shark species or its emphasis on trade regulations. This lack of awareness demonstrates the limitations of relying predominantly on trade regulations to drive shark conservation, as consumer awareness can also play a major role in holding traders accountable.

‘Chun Fin’, which is made from Great and Smooth Hammerheads, is one of the top three most commonly traded shark goods on the market in Hong Kong, according to an earlier survey. Despite the fact that these species have been regulated since 2014, 65 tons of ‘Chun Fin’ has appeared in Hong Kong markets.

Prentice Koo Wai-muk, Head of Campaigns at the Hong Kong Shark Foundation, believes that the public are not to blame. ‘The public rely on proper labelling. The shark fins sold in market are listed as ‘Chun Chi’, which tells consumers nothing about the species and the fact that it is a controlled, threatened shark species. Without proper information, Hong Kong’s citizens cannot make an informed decision and, therefore, they are unknowingly playing a role in driving sharks to the brink of extinction.’

The survey also discovered that some products are not labelled as shark species, which has led to further confusion and a lack of awareness among members of the public. Fully one-third (30%) of the interviewees are aware that Hammerheads are threatened species, but only 8% realised that ‘Chun Fin’ is one of the products pushing them towards extinction. The education level of the interviewees, on the other hand, does not necessarily imply their knowledge about shark fins.

In response to the ‘Convention on International Trade in Endangered Species Treaty’ (CITES), the HKSAR Government requires permits for all imports and exports of the 12 types of threatened sharks. Apart from this policy, no measures have been adopted to reduce the consumption of related products or to label the products of threatened species.

With the lack of regulation within the market, citizens cannot distinguish or avoid purchasing threatened shark products. Kenneth Leung, the chairman of Bills Committee on Protection of Endangered Species of Animals and Plants (Amendment) Bill 2017, expressed concerns on the effectiveness of the regulations, “Legislation will not only empower the government to prosecute lawbreakers, it will also help to keep the public aware of the issue and drive behaviour change. Without proper labelling those products derived from threatened sharks, our society will continue to be ineffective in protecting sharks.”

In the survey, 57% of the interviewees believed there is a need to implement ‘mandatory labelling of shark species, detailing whether the shark species is threatened’, reflecting the public desire to be informed. They want accurate information which helps them identify and avoid threatened shark species. Nearly 70% believed that the government has the responsibility to ensure customers receive such information. Accordingly, the Hong Kong Shark Foundation suggests that the HKSAR government should initiate further research into the trade of threatened shark species, in accordance with its conservation commitments and policies.  Labelling shark products in line to the amendment of CITES should be a top priority, with a view to fulfilling Hong Kong’s responsibility to the international convention and as the world’s largest city for shark fin trading.

Hong Kong Shark Foundation continues to raise awareness and engage consumers. From 4 December, the Foundation will roll out a collaborative programme with LUSH. LUSH’s Sai Yeung Choi Street store in Mong Kok will exhibit products made of threatened shark would to educate the public about the threat to endangered species posed by the local shark market. LUSH has been supporting marine conservation. In addition to the exhibits, LUSH will be launching it’s ‘Shark Fin Soap’, with all income collected from the event to be donated to HKSF for further conservation efforts. At the event, a petition will be available, gathering signatures of citizens who want to encourage future policymakers to enhance legislation protection endangered shark species. 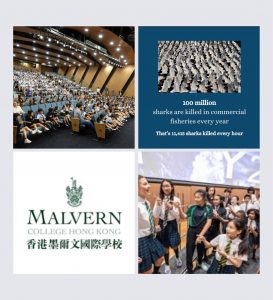 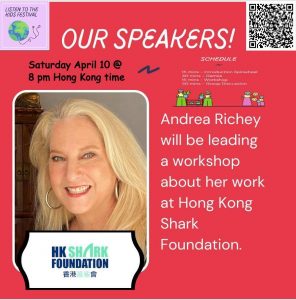