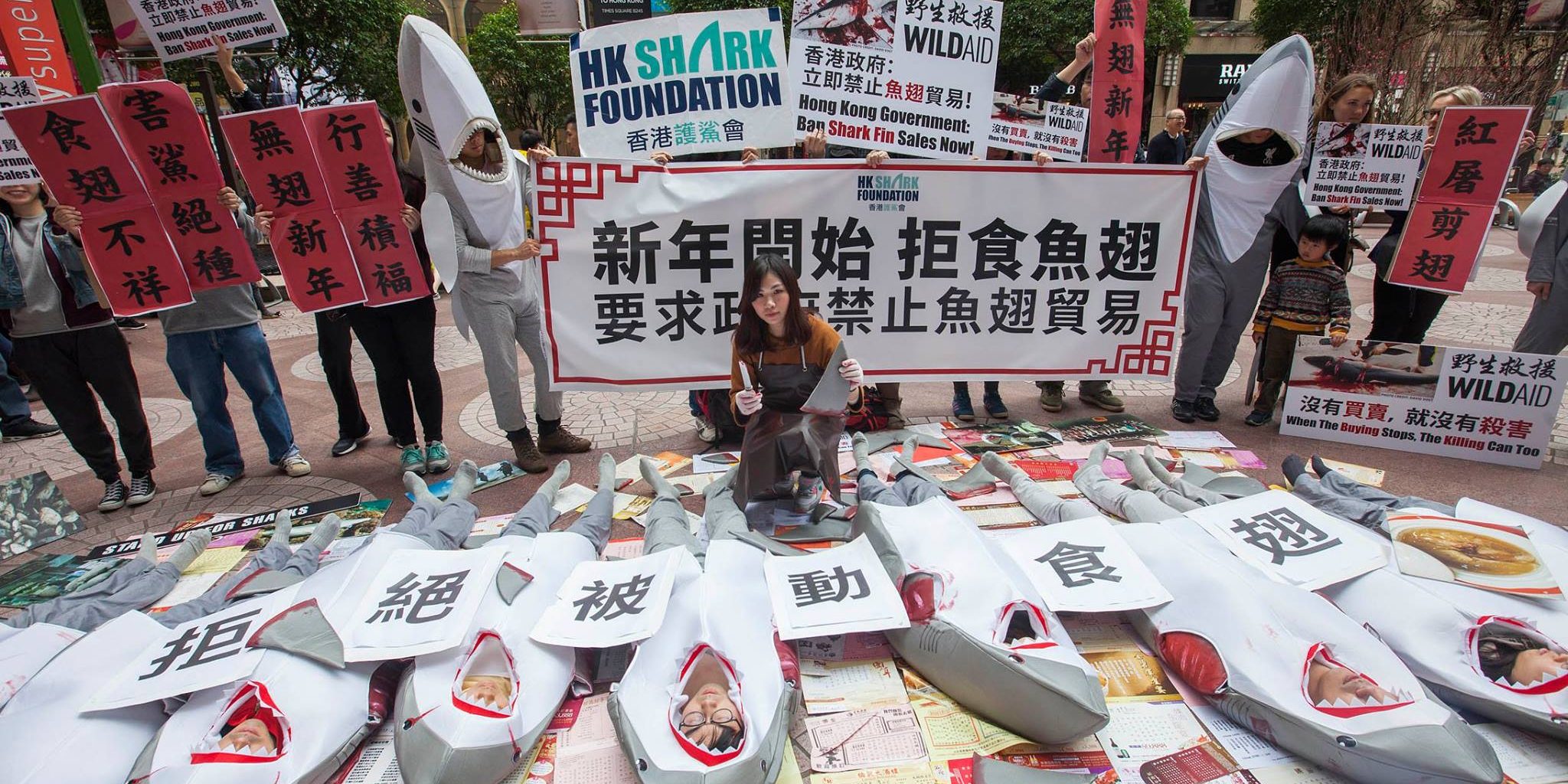 The activists, dressed in blood-stained shark costumes, laid silently down on the ground upon a bed of hundreds of real Chinese New Year banquet menus procured from Hong Kong restaurants that still offer shark fin soup. The symbolic protest against the consumption of the dish is timed to coincide with the upcoming Lunar New Year festival. The menus were gathered as part of the data-gathering phase of a survey conducted in the run up to this festive period, and indicate that shark fin is still very much a feature of Chinese New Year celebrations in Hong Kong. This is despite a sentiment across the region that Chinese people are moving away from this traditional delicacy.

The survey found that:-

With over 100 million sharks slaughtered annually, in large part driven by the demand for shark fin soup in Hong Kong and China, many shark species are being driven towards extinction. Therefore our organisations urge:

“Our campaign is initiated to raise the public awareness of the consumption of shark fin. In our recent research, we found that over 85% of the polled Chinese year-end set menus still offer shark fin. We believe that the public are still passively consuming it. If we continue to consume shark fin at the current rate, the population of shark species will continue to decline and will become critically low – we will not be able to prevent them from going extinct,” said Joan Chan, Campaign Director, Hong Kong Shark Foundation.

Alex Hofford, Wildlife Campaigner, WildAid, added “Restaurants in Hong Kong are the last link in a long supply chain from the illegal fishing boats in far away oceans to the mouths and throats of Hong Kong diners that still insist on supping on this awful so-called delicacy. The city’s catering sector cannot be relied upon to operate morally and ethically, and so it is high time for the Hong Kong government to step in to legislate for an immediate ban on the sale and possession of shark fin. Twenty years of campaigning has barely made a dent into the mindsets of restaurant owners and the people working in Hong Kong’s catering industry, so that’s why we really need the government’s help to solve the problem before it is too late.”

Over the past 15 years, Hong Kong has accounted for 50% of the global shark fin trade and despite some declines in recent years, its traders still import thousands of tonnes of fins which represents the needless deaths of hundreds of thousands of sharks. In 2014 Hong Kong imported a staggering 5,700 tonnes.

“From the perspective of Chinese belief, it would not be good luck to consume any species and cause them to go extinct”, continued Joan Chan of HKSF. “Therefore, not consuming shark fin not only helps conserve these important marine species, it also helps accumulate good karma for our family”, said Chan.

Hong Kong’s Chinese restaurant sector is avoiding the challenge, in contrast to many other players in the corporate world. The logistics sector is moving steadfastly to not to carry fins, as most recently shown by Mediterranean Shipping Company (MSC), the world’s second-largest shipping line, who announced an immediate ban on shark fin consignments this month. Meanwhile 29 airlines have committed to not carrying any shark fin at all, and last year, the United Parcel Service of America (UPS), the world’s largest package delivery company, also enacted a ban. Many hotels in Hong Kong , including the Shangri-La and Peninsula Hotels have gone shark free too.

Governments around the world have also acted. In the United States, the sates of California, Hawaii, Oregon and Washington have banned the sale and possession of shark fin.

The activists donned in their bloody suits in Hong Kong today are asking for the Hong Kong Government to do the same.

About WildAid
WildAid is a wildlife conservation organization that is focussed on reducing demand for endangered species products such as shark fin and ivory. While most wildlife conservation groups focus on protecting animals from poaching, WildAid works to reduce global consumption of wildlife products by persuading consumers and strengthening enforcement. WildAid’s strategy for achieving this goal is to reduce demand for these products using our slogan: When the Buying Stops, the Killing Can Too.
wildaid.org

About Hong Kong Shark Foundation
Hong Kong Shark Foundation is a voluntary group dedicated to raising awareness about the importance of sharks in the marine ecosystem. As apex predators, sharks are a crucial part of the marine food chain. The demand for shark products has contributed to the rapid decline of many species, with several already nearing extinction. Removing sharks from our oceans will threaten the delicate balance of ecosystems that are valuable sources of food and key elements in regulating our climate.

Every year, over 100 million sharks are caught worldwide for shark fins and other products, with over 50% of the world’s shark fin being traded through Hong Kong alone. HKSF believes this a rare opportunity for one city to make a significant impact on a global scale. Please act now to help reduce the consumption of shark products in Hong Kong and save the world’s sharks.
hksharkfoundation.org 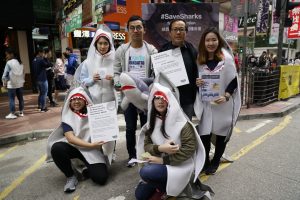 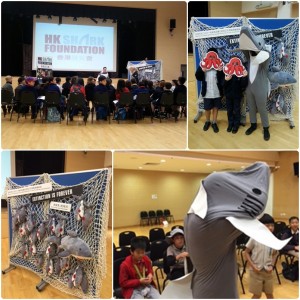 EFS Agent for Change NGO Day School News (18 Mar 2016)
HKSF joined the event, Agent for Change, held by EFS in February. In March, EFS reported this event in their…
Go to Top