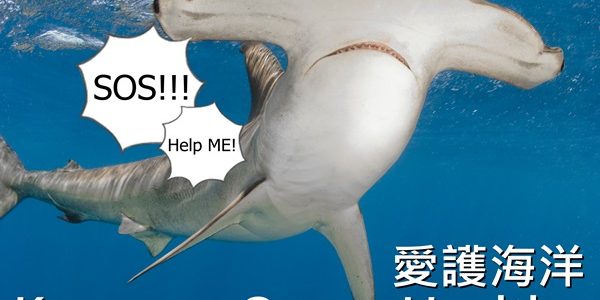 (HONG KONG, 09 July 2015) Supporters and volunteers from WildAid Hong Kong and Hong Kong Shark Foundation will assemble outside the United Parcel Service (UPS) Customer Centre in Lai Chi Kok, Kowloon, Hong Kong, at 11am on Saturday 11 July 2015 to protest this global freight delivery company continued shipments of endangered shark fin to Hong Kong. As part of a wider ‘UPS & Shark Fin – Global Day of Action‘, this Hong Kong event will mark the first of many similar events kicking off on the same date at UPS locations around the world including; Costa Rica, the United States, Germany, Singapore, Mexico and Australia.

In December 2014 and February 2015, two air cargo shipments arrived in Hong Kong amounting to nearly a tonne of shark fin, including 280 kilos of endangered hammerhead shark. The shipments were exported from Costa Rica to Hong Kong in violation of the Convention of International Trade in Endangered Species of Flora and Fauna (CITES). There are many such shipments each week. In 2014 Hong Kong imported a staggering 668 tonnes by air.

At the time, it was widely suspected that American Airlines was the carrier, so after a global outcry in April 2015 American Airlines stopped their shark fin cargo operations altogether. Since that time, it has now emerged that UPS is the sole suspected carrier of shark fin by air from Costa Rica to Hong Kong. UPS have gone on the record not denying that they ship shark fin. By contrast, according to marine protection NGO ‘Shark Savers Singapore’, UPS’ main industry competitor DHL quit shipping shark fin a long time ago. It is now time that UPS do the same. Alex Hofford, Wildlife Campaigner, WildAid Hong Kong, said, “United Parcel Service’s professed commitment to sustainability, social responsibility and ethical business practices is a sham unless they stop shipping shark fin immediately.”

On Saturday volunteers and supporters of Hong Kong Shark Foundation and WildAid Hong Kong will also hand over to a representative from UPS a petition signed by over 150,000 concerned global citizens at their Customer Service Centre in Lai Chi Kok. Mary Szeto, CEO, Hong Kong Shark Foundation, said, “We demand that UPS act responsibly and take a stand against a cruel, barbaric and unsustainable trade with immediate effect.” The protesters will also demand that UPS abide by its own Corporate Social Responsibility (CSR) policy and join over thirty shark free airlines and shipping lines – including American Airlines and DHL – and no longer stand in the way of a global movement to save sharks.

– WE URGE ALL COMPANIES INVOLVED WITH LOGISTICS TO SUSPEND ALL SHARK FIN SHIPMENTS WITH IMMEDIATE EFFECT.

– WE URGE THE HONG KONG GOVERNMENT TO BAN THE SALE AND POSSESSION OF SHARK FIN WITH IMMEDIATE EFFECT. 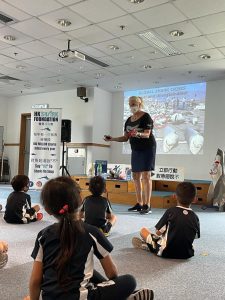