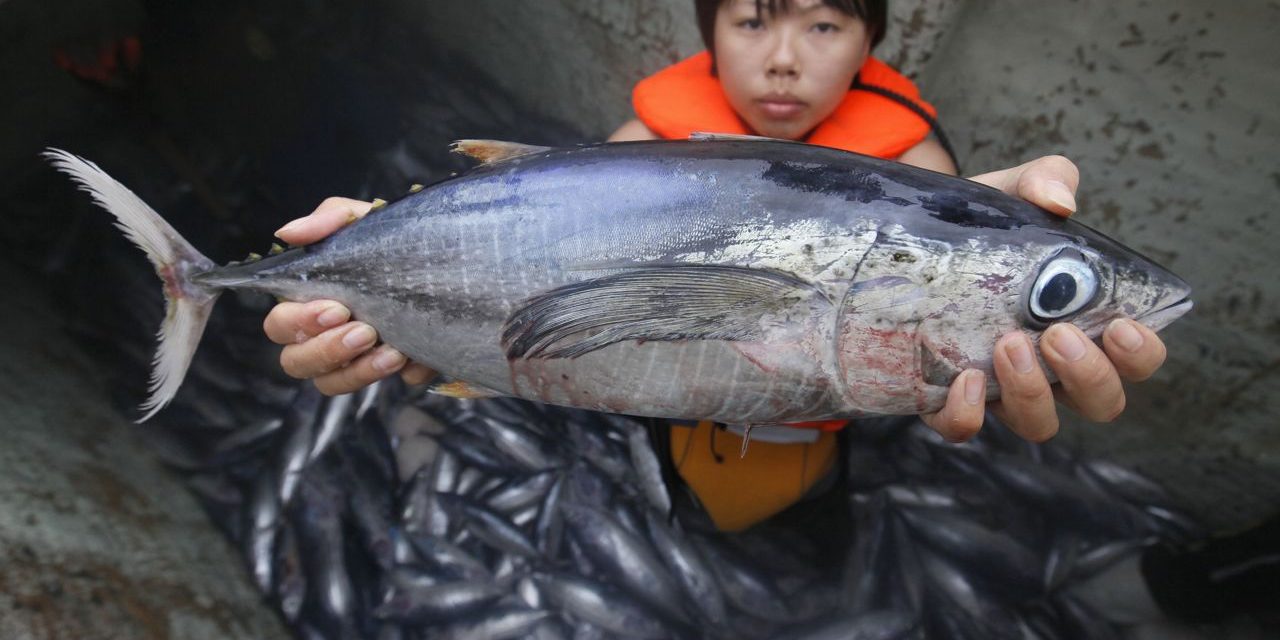 1. Can you introduce yourself briefly to us? Why protecting shark is an important issue?

I have held several roles, including Senior Oceans Campaigner of Greenpeace working in HK, Taiwan and Korea.  I am currently working in the UK and continue the battle against overfishing. Some of my friends call me “Appleshark”, which means a friendly vegetarian shark. I love sharks because I love animals and nature, and most sharks are very friendly and gentle like silky sharks, blacktip or whitetip reef sharks. Some of them are so cute like thresher sharks with big round eyes.

Honestly, I am as so afraid of the sea and did not know how to swim before I worked on Ocean projects. Yet, my desire to protect marine animals made me eager to know more about them. I finally learnt how to swim and dive within 3 days.

Once I became a diver, the underwater world changed my life. My world broadened so much I became addicted to the deep blue. I couldn’t stop being near marine life and I started swimming with turtles, following the little reef sharks, finding the colorful nudibranchs and watching the dance show of fish schools.

As an environmental activist, I hope we can maintain a balance with nature. Sharks are the top predator in the food chain and play a very important role in managing the marine ecosystem. Everyone would like to see a lively underwater world instead of a dead sea, right? Saving sharks means saving the oceans!

2. How do you spread the words to others in protecting sharks, such as friends, family or public?

The blue world is far away from most of us. To engage people in saving our planet, I try to show videos and photos of our harmonious oceans to my family and friends. I also go to the frontlines, where ocean destruction takes place, exposing the truth to the public. We are not only trying to protect sharks but also saving the oceans and it’s ecosystem. Saving the oceans not only means saving sharks, but also whales and, more importantly our planet as it provides us oxygen, food and a natural climate regulator.

3. What makes you decide to stand up for protecting sharks?

My starting point with this issue was through my work on the problem of overfishing. I have seen lots of footage taken on fishing boats showing fishermen cutting the fins off live sharks and then dumping the “body” to the sea. I realized then that this is something happening every day in every corner of the ocean.

I love animals and I stopped eating meat because there was no humane and sustainable option available. To me saving a whale shark is as important as not eating a grouper. Actually I would not stop people eating sharks fin under 3 conditions:  if shark fin in the soup does not come from an endangered species; the shark was not finned alive; the rest of the shark’s body was used for other purposes. But the key is how can we prove it? That is exactly where the problem lies and regulation is needed.

Try to understand what you eat it will help you make an informed decision. It applies to all foods including vegetables and meat.

4. Have you encountered any difficulties being shark-free and, if so, how did you overcome them?

When you eat “fish cake” in Taiwan, you are probably eating shark meat. Until we know where sharks are harvested, I think we should be shark free and if fishermen catch them accidentally and consume the whole body not just keeping the fin, I think it is acceptable. But in most of the cases, the situation is not that like this.

I don’t blame people who currently eat shark fin soup as I did the same thing until I knew the facts; that shark finning is so cruel and inhumane. I also believe we can only change people’s mind by making them feel bad about consuming shark products. I encourage people to see, to feel nature and to find out the truth by themselves.

5. What made you personally decide to stop eating shark fin soup?

Before I totally understand the problem, I ate shark fin soup when I was young too. I decided to give up having meat 6 years ago because of animal issue. Then, I gave up shark fin soup 4 years ago when I started to know more about the oceans.

As a traditional Chinese woman living in HK, sometimes I have to face a bowl of shark fin soup being served in a wedding banquet. Usually, I would say I am a pescetarian and refuse the soup (shark fin soup is usually cooked with meat as they do not have any taste). Yet, I can see a big shift happening in HK over these few years. More young couples try to replace shark fin soup with other more sustainable choices, while the societies debate more on this issue.

6. What is your ideal vision for the future of sharks and our ocean?

To end overfishing, fisheries should be regulated. To put it simply: Less fishing boats means more fish. Consumers should know what they are eating and how the food is being produced. More sustainable and humane options in the market should also be provided. I hope there will be fish left in our oceans for future generations.

I believe people will wake up at some point and find a way to live with the environment, not against it. Hopefully before it’s too late. 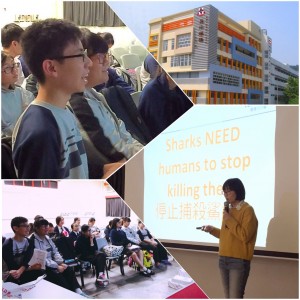 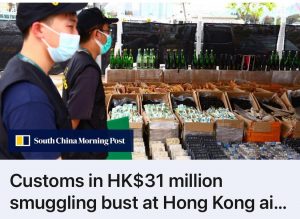