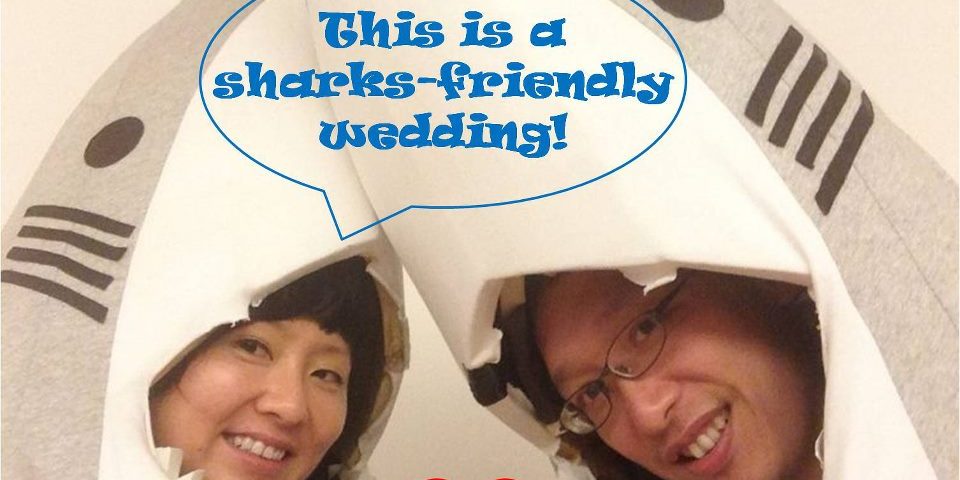 1. What made you personally decide to stop eating shark fin soup?

Sharks are beautiful animals and play an important role in maintaining the balance in the marine ecosystem. I started to become more concerned about shark finning about 12 years ago when I started to do more open water sports. I fell in love with the beauty of the ocean. For me, human’s addiction to shark fins makes no sense at all. It stems from pure vanity and the desire to show off one’s wealth at the expense of precious life. Sharks’ fins are not even tasty. Overfishing of sharks has got to a point where the balance of the marine ecosystem is destroyed! I think that’s enough to stop driving them to extinction!

2. How have you tried to spread the word to others, such as family, friends and colleagues?

I talk about not eating sharks with people around whenever there’s an opportunity. I believe it’s more effective to assimilate the message into my daily interaction with family, friends and people I meet – what Chinese people call “潜移默化” – subtly and quietly changing mindsets – as I think that’s more sustainable.

I got married on 19 Jan 2013 and it was a shark-friendly wedding. Before the banquet, my husband and I took a photo dressed up as sharks and put it on Facebook to tell people that we would be having a sharks-free wedding. My friends loved it! Having shark fin soup is expensive, barbaric and not tasty – so it totally made sense that we didn’t accept sharks’ fins on my wedding banquet table! My husband knew that from the beginning that I’m against eating sharks so he happily obliged.

3. Have you encountered any difficulties being shark-free and, if so, how did you overcome them?

Over the years, movies like Jaws and TV shows have portrayed the image that sharks are human’s enemies. Memories of swimmers being attacked and killed still linger in some people’s mind. This has in some part been the reason why it’s difficult to persuade people not to eat sharks’ fins – some people actually think “it’s ok to eat sharks because they kill humans!” In fact, the percentage of shark actively attacked human is very rare.

4. What does shark conservation mean to you? Why is it important?

Shark conservation leads the co-existence of human and sharks. We can all live harmoniously together. With the human impacts, sharks populations have been suffering from human activities, I think it’s human’s obligation now to actively help regenerate a balanced ecosystem for sharks, to protect the struggling shark populations in our world.

5. Tell us a little bit about you?

I’m a Hong Kong born-and-bred Chinese and have grown up eating quite a few shark fin soups. I used to be a practicing lawyer in Hong Kong but have moved into corporate social responsibility as a result of my yearning for social justice and the protection of nature.

6. What is your ideal vision for the future of sharks and our oceans?

Ban shark fin trade is the foremost thing that government should work on. I am most disappointed by the fact that Hong Kong is playing a key role in global shark fin trading. Given Hong Kong’s focus on economic opportunities, I think it would be great if merchants and business people in Hong Kong can explore the market potential of sustainable seafood. Given rising global awareness of marine protection, shark fin trading is clearly an industry in decline.

On the other hand I think more education can be done on how sharks are not man-eaters. I guess being able to eat rare creatures is a sign of prestige and wealth all over the world – not just for Chinese. But when it comes to a stage where you can eat shark fin soup in almost any Chinese restaurant in Hong Kong suggests to me that it is no longer a sign of prestige. It’s more like a sign of waste and abuse. 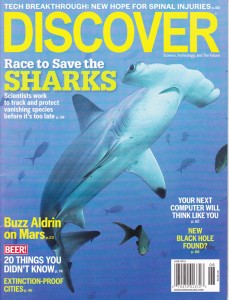 DISCOVER: Race to Save the SHARKS – June, 2013
Download: PDF version 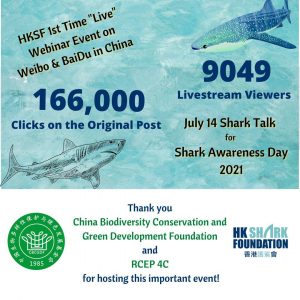