(Hong Kong, 25 March, 2013) Following hot on the heels of the recent
findings that tens of thousands of sharks fins were drying on the rooftop
of a Kennedy Town industrial building, and plastic pellets filling our
waters from last August’s typhoon, Hong Kong will host the second
annual HK-SF International Ocean Film Festival to raise awareness for
ocean protection this April. The only one of its scale in Asia, this year’s
event will also include a two-week Ocean Art Walk along the Blake Pier
and Stanley Promenade, exhibiting ocean inspired installations and
sculptures from artists who creatively use materials to create and sculpt,
inspiring a broad message about our oceans and their desire to
improve its state of health.

The film festival will take place at various venues across Hong Kong and
Kowloon from April 10 to 17 th , showcasing 30 different short films,
documentaries, and movies from international film makers, revolving
around marine life, adventure, exploration, culture, and shark issues.
The event is presented by Ocean Recovery Alliance, the Southern
District Council, and the Link Reit, Stanley Plaza. The closing event of
the festival will take place on April 17 th at Ocean Park, allowing festival
goers to enjoy a rare evening with family and friends, watching films
within the park’s amphitheater, followed by a wine reception and
private viewing of the aquariums by night. Tickets are on sale now at
http://bit.ly/HKOceanFilmFest .

Amongst the film submissions is an animated short called A Shark’s Fin
that was produced and directed by Hong Kong based actress and
producer Crystal Kwok. The film describes the plight of children and
marine animals coming together to save a shark whose fin has been
cut off, giving viewers a moving story to ponder over.

Sneak peeks of some of the short films can be found here: Plastic Paradise:

In partnership with the film festival, Hong Kong Shark Foundation will
display art from local emerging artists at Stanley’s Promenade from
April 9 through to 23. With the full support of Southern District Council,
Kacey Wong, Rob Luxton, Kiwi Liu, Wendy Lau, as well as Richard and
Judith Lang from San Francisco, will showcase their artwork inspired by
the ocean. On April 13 and 14 between 12pm and 6pm, the artists will
hold interactive workshops below Murray House, suitable for the whole
family to create their own works of art and enjoy a day in the sun.

Richard and Judith Lang have spent the last 10 years in California
making art out of plastic items found on beaches and in the ocean.
Their artwork includes sculptures, paintings, jewelry and large
installations which are beautiful to look at but also make people think
twice about their consumption and dumping habits. Their piece to be
displayed in Hong Kong is called “Water Lilies”, an installation which will
be placed in Stanley’s waters and made up of disposed plastic bottles.

The HK-SF International Ocean Film Festival is kindly sponsored by:

About Ocean Recovery Alliance
Ocean Recovery Alliance is a registered charitable organization in
Hong Kong and California, and is a registered charitable organization
in Hong Kong. Ocean Recovery Alliance strives to take a lead with a
variety of existing stakeholders, leveraging each of their qualities and
institutional capacities when needed, while combining forces with the
business and technology sectors in order to introduce innovative
projects and initiatives that will help improve our ocean environment.
Two of its projects were announced at the Clinton Global Initiative
focused on the reduction of plastic pollution, which are now being
adopted by the United Nations Environment Programme and the World
Bank’s ocean programs. It is also the organizer of Kids Ocean Day in
November, and a business event focused on the future of plastic,
called Plasticity, to be held in Hong Kong this June.

About Hong Kong Shark Foundation
HKSF is a Hong Kong based charity dedicated to raising awareness of
the plight of sharks and to reducing consumption of shark products,
primarily sharks fin soup. Our message is one of sustainability and our
work comprises grassroots consumer awareness raising campaigns,
educational programmes, corporate advocacy and political lobbying.
HKSF is also a member of the global shark conservation organisation
Shark Alliance and works collaboratively with like-minded organisations
both in Hong Kong and around the globe. HKSF is part of MyOcean Ltd
– a registered Hong Kong charity dedicated to marine conservation. 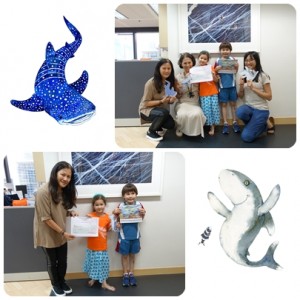 Amelia and Friends (28 April 2015)
Amelia is a little girl who loves sharks and supports our cause by sharing her birthday gifts with HKSF. On… 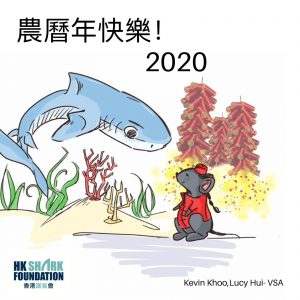