Shark Advocates International (SAI), a project of The Ocean Foundation, participated in the MSC consultation process for these fisheries, raising myriad concerns that argue against certification. SAI maintains that management of Atlantic spiny dogfish fisheries and associated bycatch is still too risk-prone for spiny dogfish to be considered an eco-friendly seafood choice, and that MSC certification may well exacerbate current problems.

SAI aims to end overfishing – but not all fishing – of sharks and rays through sound fisheries management. SAI President, Sonja Fordham, led advocacy efforts for the initial U.S. spiny dogfish assessment and limits in the mid-late 1990s and has participated in management deliberations ever since, consistently advocating for science-based catch limits.

Overview
In the 1990s, serious overfishing of mature female spiny dogfish off the Northeast U.S. led to nearly a decade of recruitment failure (exceptionally low pup production) from which negative effects still persist. Since 2008, the U.S. Atlantic spiny dogfish quota has been increased from 4 million pounds to more than 35 million pounds. The population remains in a precarious state and is predicted to decline in the near future to well below target levels. A precautionary approach, appropriate for such slow growing animals and called for by the MSC, cannot be assured through the current, disjointed management framework, particularly when under pressure from increased demand.

SAI is pleased that hard-fought U.S. state and federal limits have allowed the spiny dogfish population to grow and begin to recover from a severely depleted state. We remain deeply concerned, however, that the following factors associated with Northeast U.S. dogfish fisheries make them exceptionally poor choices for eco-labels:

Inherent Vulnerability
Spiny dogfish are exceptionally susceptible to overfishing, even when compared to other sharks. This species’ aggregating habit, late maturity, low reproductive capacity, long generation time, and extremely low intrinsic rate of population increase make it one of the world’s most vulnerable, commercial fish species. In the Northwest Atlantic, female spiny dogfish do not begin to reproduce until after age 12 and then give birth to only 2-9 pups after a gestation period of nearly two years.

Population Status
The estimate for Northwest Atlantic spiny dogfish biomass is only slightly above the target level. Population decline is predicted between 2012 and 2017 as a result of poor recruitment from 1997 to 2003. Scientists report marked declines in abundance of large (60+cm) dogfish, a consistent, pronounced decline in the average length of mature females (from 1992 to the early 2000s), and a resulting decline in average pup size. Pup survival is thought to decrease with size. The ratio of mature male to mature female dogfish is skewed toward males. Recent recruitment, while improved since 2003, has been lower than expected. Mature female biomass recovery after 2017 is dependent on improved recruitment.

Bycatch
The MSC promotes fisheries that do not pose risk of serious harm to recovery of retained and bycatch species, as well as precautionary strategies to safeguard “Endangered, Threatened, or Protected” species. The Humane Society of the United States has documented serious issues with respect to Atlantic gillnet fishery bycatch of whales, porpoises, and dolphins. Mid-Atlantic dogfish gillnet fisheries also catch sea turtles. Spiny dogfish fisheries, depending on gear, take numerous prohibited species of skates and sharks, and fish on the National Marine Fisheries Service Species of Concern list, such as Atlantic halibut. Late in the MSC certification process came worse-than-expected overfishing findings for Gulf of Maine cod (taken incidentally in various gears set for dogfish), and the listing of Atlantic sturgeon under the U.S. Endangered Species Act (Mid-Atlantic gillnet fisheries targeting dogfish are a primary source of sturgeon bycatch).

Management System
The loose connection between the U.S. state and federal quotas and the related quota-setting history is cause for serious concern. While there are safeguards aimed at science-based, accountable management at the U.S. federal level, the Atlantic States Marine Fisheries Commission (ASMFC) has a troublesome record of setting dogfish limits that exceed those advised by scientists and adopted for federal waters. In recent years, the scientific advice has allowed for substantial dogfish quota increases and ASMFC limits have not exceeded those bounds. However, there have been no fundamental changes in ASMFC operations to ensure that excessive limits would not again become the norm if/when scientists call for dogfish catch reductions. The ASMFC’s flexibility for catch limit setting remains a threat to dogfish sustainability, particularly if fisheries expand.

Conditions
The MSC sets conditions for maintaining certification, but – in the case of spiny dogfish – these commitments largely involve simply collecting data and developing strategies for addressing recognized problems. In several cases, they depend on management actions that are not controlled solely by the affected fishing industry. 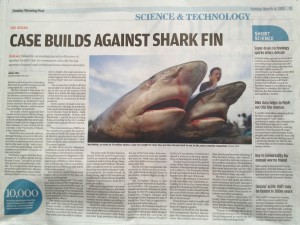 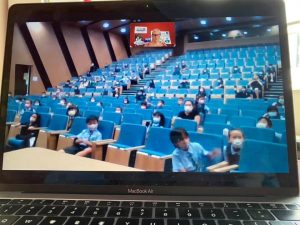