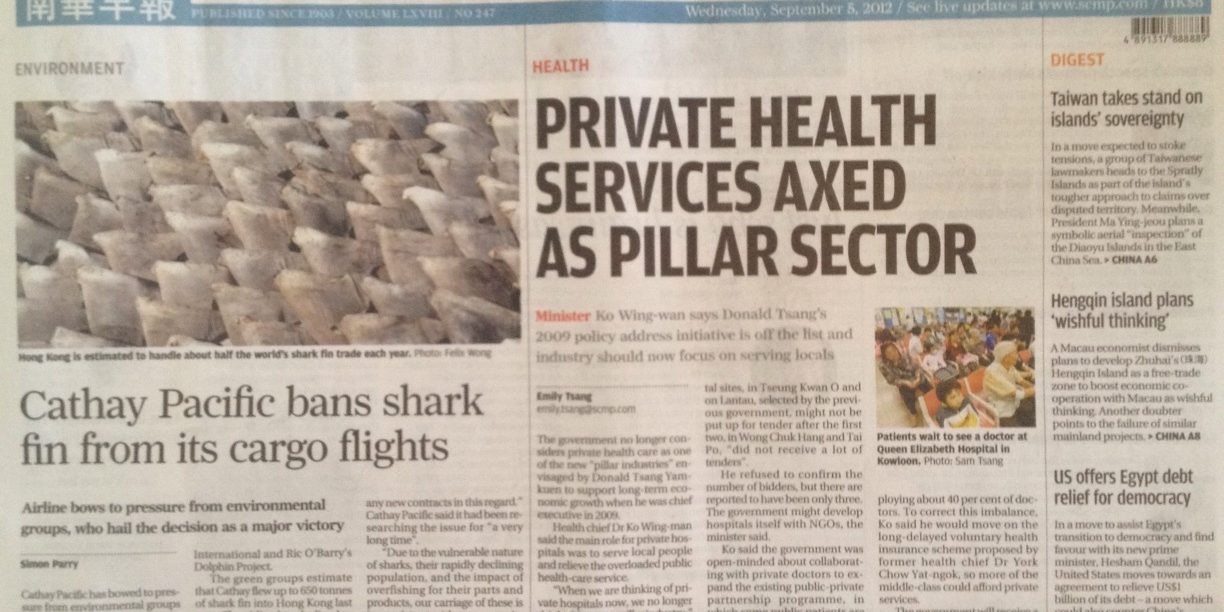 Airline bows to pressure from environmental groups, who hail the decision as a major victory
Wednesday, 05 September, 2012, 12:00am

Caption: Hong Kong is estimated to handle about half the world’s shark fin trade each year. Photo: Felix Wong

Cathay Pacific has bowed to pressure from environmental groups and banned shark fin from its cargo flights.

The move by the airline – believed by environmentalists to fly up to 50 per cent of all shark fin imported by air to Hong Kong – was hailed as a major victory for opponents of the trade.

The green groups estimate that Cathay flew up to 650 tonnes of shark fin into Hong Kong last year. The airline has declined to put a figure on how much it carried, but is understood to have told campaigners that it only carries a fraction of that amount.

“The carrier expects the transition to this new policy will take approximately three months as it notifies shippers and puts the appropriate procedures in place. However, effective immediately, Cathay Pacific will not enter into any new contracts in this regard.” Cathay Pacific said it had been researching the issue for “a very long time”.

“Due to the vulnerable nature of sharks, their rapidly declining population, and the impact of overfishing for their parts and products, our carriage of these is inconsistent with our commitment to sustainable development,” it said.

The letter from environmentalists was sent in late July and followed by talks between the petitioners and the airline.

Hong Kong-based photographer Alex Hofford, co-author of the letter, said: “[The airline’s move] sends such a strong signal to the trade and to Hong Kong in general. For a big blue-chip company like Cathay Pacific to do the right thing is brilliant.”

Hofford said the move would restrict the availability of shark fin in Hong Kong and on the mainland. Hong Kong handles about half the world’s shark fin trade.

“That was the whole idea behind this – to put a stranglehold on the trade,” he said.

Asked how much shark fin Cathay Pacific carries on its cargo planes a year, a spokeswoman said: “It would take some research to determine the exact number. More important, however, is that we used to ship it and now we’re going to stop.”

The shark fin the airline transported came primarily from Southeast Asia for the Hong Kong and mainland markets, where shark’s fin soup is popular at wedding banquets, she said. The airline stopped serving shark’s fin soup to first- and business class passengers some years ago.

Activists estimate that fins from up to 73 million sharks are traded worldwide every year. More than half of the shark species are at risk of extinction now or in the near future, they say.

Last year, The Peninsula hotel in Hong Kong took shark’s fin soup off its menu, followed by the Shangri-La chain. But campaigners said the hoped-for domino effect on other five-star hotels had not materialised. 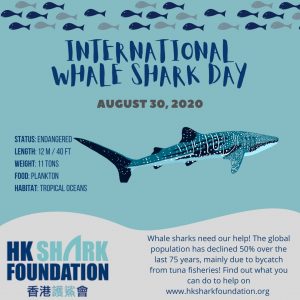