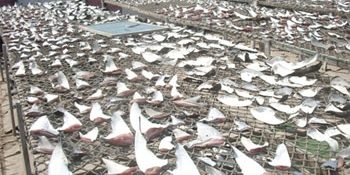 The New York Senate Environmental Conservation Committee this week voted in favour of a bill (S.6431) that would ban the trade, sale, possession and distribution of shark fins throughout the state.

If the bill is signed into law, New York would become the first East Coast state to join California, Oregon, Washington and Hawaii in the growing national movement to protect sharks. The Governor of Illinois is expected to sign similar legislation into law soon, and shark fin trade ban bills are also pending in Delaware and New Jersey.

“Today’s crucial vote marks an important step for shark conservation nationwide. New York is the largest hub for imported shark fins on the East Coast, which are usually used as an ingredient in the Asian delicacy shark fin soup. The bill currently has broad, bi-partisan support in the Legislature, with the sponsorship of 60 state legislators, in addition to the support from a dozen New York City Council Members and every Chinese-American legislator in the state.

“Millions of sharks are killed each year through the cruel and wasteful practice of shark finning, when a shark’s fins are sliced off and its body is thrown back overboard. This practice not only decimates shark populations, but it harms the health of entire marine ecosystems.

“Shark fin trade bans decrease the global incentive for shark finning by reducing the demand for the product. Oceana thanks Committee Chairman Mark Grisanti for his leadership on this important issue and we urge the New York Legislature to keep the momentum going on this bill.”

Although shark finning is illegal in the US, there are no federal laws that address the shark fin trade. Many shark fins are imported into the US from countries with few or even no shark protections in place. 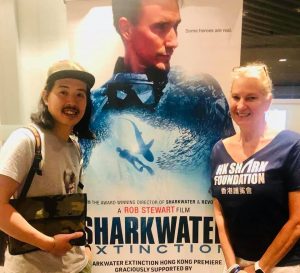