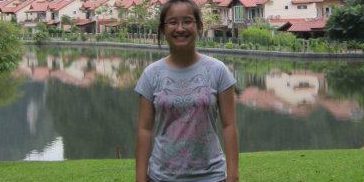 1. What made you personally decide to stop eating shark fin soup?

I used to watch a lot of documentary shows. That was how I got exposed to environmental and conservation issues. I saw many documentaries on shark finning and one day I just decided to stop eating shark fin.

2. How have you tried to spread the word to others, such as family, friends and colleagues?

I did not really ‘preached’ my family and my friends about shark conservation because I’m a shy person. But when they asked me why I don’t eat shark fin soup, I let them know why. So it became a routine that on the dinner table I am the only one who doesn’t eat shark fin soup. But I believe the message was there,  it was their choice to eat it or not. In the end, all my family members know that I don’t eat it, so that was an indirect way of spreading the message. Then this year, they decided not to have it for our Reunion Dinner on Chinese New Year’s Eve. Our reunion dinner went well even without shark fin soup, not which was the best thing about this year reunion dinner!

3. Have you encountered any difficulties being shark-free and, if so, how did you overcome them?

Actually it is not really difficult because nowadays people can’t really force you to do something you don’t want to do. But because I was young and felt the need to respect my parents and older people ‘orders’, sometimes you do feel pressured. But luckily they were quite understanding, besides some nagging from my parents at the start, no one ever really forced me to eat a bowl of shark fin. But instead after a while, my parents are quite proud of me because i was standing up to what I believe. It was quite hard for me at the start, but maybe for people who are more vocal about their opinion, it could be easier than this.

4. What does shark conservation mean to you? Why is it important?

Shark conservation do mean something to me as well as other animal conservation projects. I studied environmental management, so i know the significance of each organism playing their role in the ecosystem. But for my friends and family, they do not understand it as much as I do, even though I tried to explain to them. Shark conservation and other environmental campaigns, let it be global warming, waste management, wildlife conservation, natural resource management, when all of them is summed up, it means that we have to change our habits now for the better of our future. So it is important because all these conservation programs are alarm bells to us, telling us that we need to do something.

5. Tell us a little bit about you?

I’m currently working in an ecotourism company, promoting our volunteering projects which includes community work and animal conservation projects. It is nice as I get to see the behind the scenes of what conservation work is. I’m not a jungle person or a sea person, but I like to just sit down at a quiet place and enjoy the beauty of nature, jungle or sea.

6. What is your ideal vision for the future of sharks and our oceans? 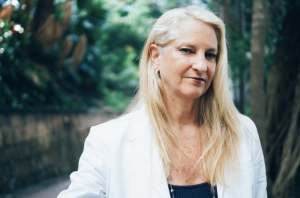 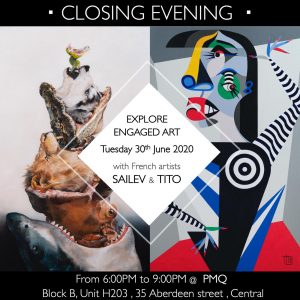