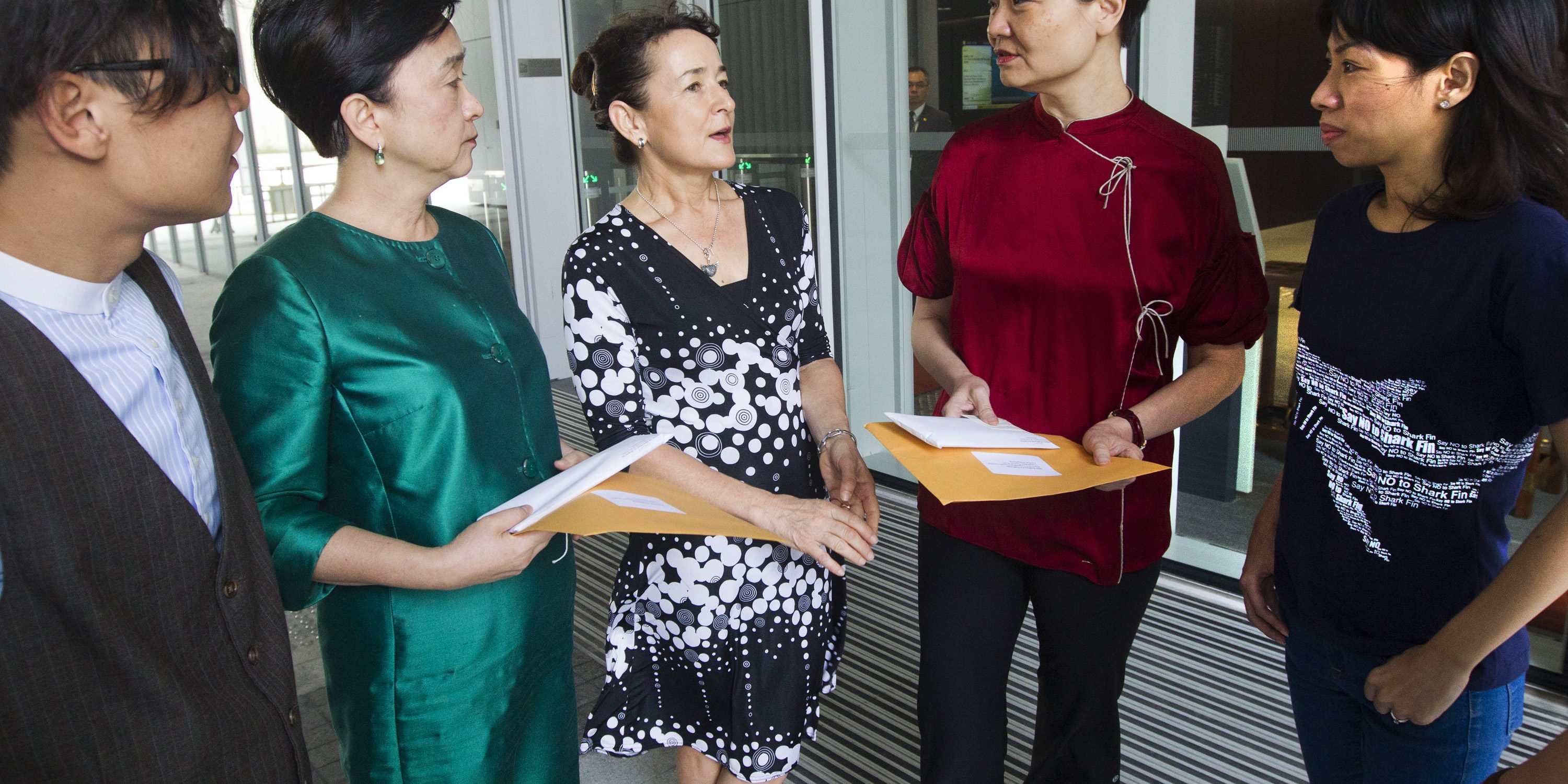 As professional marine scientists who have personally witnessed and documented the dramatic declines of shark populations around the world, we would like to express our concern about the recent misinformation perpetuated in the media, both Asian and international, asserting that the shark fin trade is sustainable. The reality is that this vast trade is largely unmanaged and unmonitored, and that the shark fin industry in Asia plays little to no role in fisheries management in the countries that are fishing sharks. The slow growth and reproductive rates of sharks makes them extremely susceptible to overexploitation. Since only a small fraction of shark-fishing nations have any type of shark management plan in place, the assertion that the fin trade is sustainable is not based in fact.

Despite recent claims to the contrary by the Hong Kong-based Sustainable Marine Resources Committee of the Marine Products Association (MPA), there is a wealth of scientific evidence that populations of many shark species are in decline, with the shark fin trade being an important driver. There is a solid scientific consensus that many sharks and indeed other cartilaginous fishes, such as skates and rays, are in severe trouble, and there is emerging evidence that this could be causing wider disruptions in ocean ecosystems.

We the undersigned believe, in the interests of both the global marine environment and the Hong Kong public, that legislators should be apprised of the full facts of the shark fin issue, most specifically that:

In short, the overwhelming body of scientific data supports the urgent need to focus on adequate conservation and management strategies rather than maintaining unsustainable levels of fishing.

Given that sharks play an important role in maintaining the delicate balance of the world’s marine ecosystems, and that Hong Kong accounts for approximately 50% of the global shark fin trade, the HKSAR Government has a rare opportunity to make a significant impact on an issue of global importance by helping to regulate the burgeoning international trade in shark fins.
Yours sincerely,

Categories: News, Sharks in the NewsBy HKSharkFoundation22 May, 2012Leave a comment