Green group says 80pc of city’s upscale hotels are still serving shark fin and other threatened marine species, and most diners are Hongkongers

Many luxury hotels in the city still include endangered marine species on their seafood menus – and it’s not just shark’s fin soup, a conservation group says.

The Hong Kong Shark Foundation found that 80 per cent of local luxury hotels were offering three to five types of endangered sea life on their menus, according to a survey of the hotels’ publicly available food lists conducted between July and September.

Bertha Lo-Hofford, the foundation’s programme director, said most of this sea life was consumed by Hongkongers attending banquets rather than by tourists. She urged the hotels to find environmentally friendly food alternatives.

“It’s not just about the hotels removing shark’s fin soup from their menus because there are so many other endangered species – and [the list] changes all the time,” she said. “What is more important is for hotels to have a policy that requires seafood to be procured in a way that does not affect marine life – ideally from a fish hatchery.”

For the study, the foundation checked whether 167 restaurants of 44 high-end hotels were serving any of 10 threatened types of fish listed by global conservation body WWF as seafood to avoid eating.

Shark, the most common endangered fish type to appear on the menus, is served at 93 per cent of the hotels. Shark’s fin soup is a delicacy usually ordered during special occasions.

Lo-Hofford discourages the consumption of sharks because they mature late and reproduce slowly and with few offspring.
If they become extinct, she warned, it could upset the delicate balance of marine ecosystems.

The depletion of sharks jeopardises stability of the ocean because it regulates animal population down the food chain, said Lo-Hofford.

She urged hotels to find creative ways to curb the appetite for shark meat and fins. The Marco Polo, she says, offers discounts on banquets if shark’s fin soup is not ordered, while the Mandarin Oriental offers free accommodation to banquet organisers who avoid the delicacy.

The foundation also rated the environmental soundness of hotel menus on a scale of one to 100. Sixty per cent of the score was based on the number of endangered species on offer and 40 per cent on hotels’ policies, if any, to discourage their consumption.

The Grand Hyatt was in the second-lowest bracket (21 to 40). Its general manager, Gordon Fuller, said the hotel had since improved its choice of seafood with advice from the Bloom Association, a charity marine conservation group.

He said the hotel was “reviewing its position on the sale and promotion of shark fin”. The hotel offers shark’s fin soup on request.

Of the 38 hotels that serve the item, only three include a reminder on their menus to think twice about ordering it.

JW Marriott was in the top-five bracket (61 to 80). One of its restaurants, the Fish Bar and Grill, states on its menu that all its seafood is from “sustainable sources, harvested by methods that do not harm the environment”.

Lo-Hofford said the Upper House in Admiralty was the only hotel in the survey that did not serve threatened marine life, but she said it lacked a clear policy on the matter.

A hotel spokeswoman said its policy was to source all fish from local markets and that it supported the concept of sustainable dining.

As attitudes on the environment change, it may become easier for food establishments to stop serving meat and by-products from animals that are under threat of extinction.

“There is absolutely no doubt that the organic/sustainable movement is on the upswing,” he said. “Chefs, restaurateurs and hoteliers will need to seriously jump on the sustainability bandwagon, and weigh the long-term effects and desires of customers.” Kunz said he was optimistic that the use of locally sourced, organic ingredients would win out over serving endangered seafood in the long run.

At the time of the study, the InterContinental was also ranked in the 21 to 40 bracket, but a spokeswoman said it was now offering a WWF-accredited seafood menu. 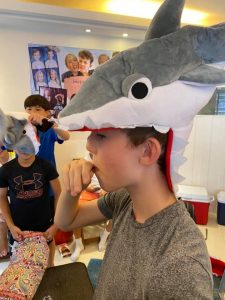 Shark Birthday!
Massive thank you to HongKong Kft our huge shark supporter for inviting Hong Kong Shark Foundation 香港護鯊會 over to be… 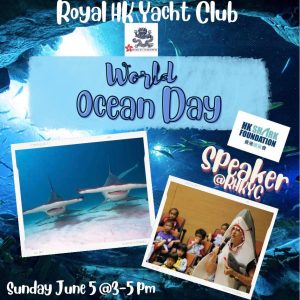