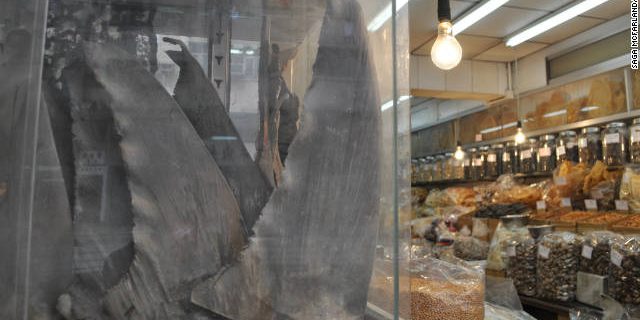 Hong Kong (CNN) — Asia’s oldest hotel chain has waded into the debate on the slaughter of sharks for their fins by taking the Chinese delicacy off its menus.

From January, diners won’t be offered shark’s fin products at the luxury Peninsula Hotels chain, due to a decision by its owners, the Hongkong and Shanghai Hotels group.

“By removing shark fin from our menus, we hope that our decision can contribute to preserving the marine ecosystem for the world’s future generations,” the group’s chief executive officer Clement Kwok announced in a brief press statement.

Around 73 million sharks are estimated to be killed each year, taking one in three shark species to the brink of extinction. Their fins are hacked off at sea and the carcass discarded in the water in a practice referred to as “finning.”

Peninsula Hotels can be found in Hong Kong, Shanghai, Beijing, Chicago, Beverley Hills, Tokyo, Bangkok and Manila. One is due to open in Paris in 2013.

Shark’s fin is only offered in its Asian restaurants, mostly on banquet menus for weddings and large business meetings.

The group says its decision is not based on consultation with guests, but since last April the chain has been offering banquet clients an alternative menu, substituting shark’s fin soup with another fish soup.

The uptake has been “quite good,” according to group spokeswoman Irene Lau.

However, she couldn’t say whether the guests’ decision was motivated by a desire to save the shark, or by the hotel’s offer of one night’s free accommodation if they took the second option.

“I think it’s actually both,” she said.

Shark’s fin is a popular dish among Chinese diners who appreciate its texture, if not its flavor, in soup.

Once a delicacy favored by emperors, shark fin is often eaten at weddings to mark the importance of the occasion and impress the couple’s extended families and friends.

However, Lau says the hotel group has noticed a generational split between diners who want the specialty seafood and those prepared to do without.

“What we’ve found is that in recent years the younger generation, the couples who are getting married would prefer to steer away from shark’s fin. But for their parents or in-laws would prefer to have the shark fin,” Lau says.

Hong Kong is a major hub for the global shark fin trade, handling at least 50% of the total haul, according to the International Union for Conservation of Nature’s Shark Specialist Group.

Crusted, pointy fins can be seen in the windows of stores in the city’s dried food sector. Most come from Europe, Taiwan, Indonesia, Singapore, the United Arab Emirates, USA, Yemen, India, Japan and Mexico.

“At first it was very difficult. They almost kicked us out when we went to meet them to explain the program,” says Silvy Pun from the WWF.

Just one year later, 97 caterers and hotels have signed up, with some going further and limiting their menus to sustainable seafood.

Pun says the program’s success, and the Peninsula’s ban, indicates that a “tipping point” is being reached in the campaign against shark fin products.

“I’m quite confident that more and more restaurants will follow their lead. I’m quite optimistic because if such a prestige hotel chain can satisfy their consumers, I’m pretty sure that they see that the market is changing,” Pun says. 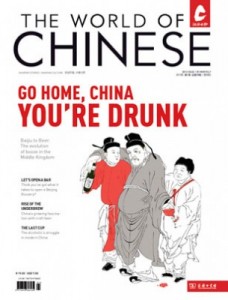 The World of Chinese: “One Shark at a Time”, 2013 Issue 1
Bertha Lo-Hofford of Hong Kong Shark Foundation shares her view on shark conservation in the bi-monthly magazine The World of… 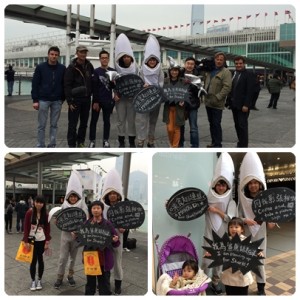