On 21 November 2011, The Hong Kong and Shanghai Hotels Limited (HSH) announced it would stop serving shark fin across all of its operations.  Given that HSH is the parent company for the Peninsula Hotel and Repulse Bay complex, both highly popular wedding venues in Hong Kong, this action is a great step forward in the shark conservation cause.

Speaking of the move, Bertha Lo, Programme Director for HKSF said, “HKSF highly commends the Hong Kong and Shanghai Hotels group on its decision to stop serving shark fin. Given that Chinese wedding banquets are the primary occasion for serving shark fin soup, it is particularly important for luxury hotels such as the Peninsula to lead the way in showing consumers that it IS possible to celebrate your wedding in style, and to show respect to your guests, without serving shark fin”

Indeed, in the company’s own press release, Mr Clement K.M. Kwok, Chief Executive Officer of HSH echoed these sentiments by saying “”By removing shark fin from our menus, we hope that our decision can contribute to preserving the marine ecosystem for the world’s future generations. As Asia’s oldest hotel company, we also hope that our decision will inspire other hospitality companies to do the same and that our industry will play a role in helping to preserve the bio-diversity of our oceans.”

The shark fin soup debate has been big news over the past 12 months, fuelled by a wave of anti-shark-fin legislation passed in the United States. Consumer demand for the expensive soup, seen as a delicacy in Chinese cuisine, has been driving unsustainable shark-fishing practices with tens of millions of sharks being killed each year for their fins. Such massive over-fishing has already resulted in dramatic population decline, with approximately one third of all shark species already being listed by the IUCN as threatened with extinction, now or in the near future (IUCN Red List 2010). As apex predators, sharks sit at the top of the marine food chain and play a vital role in regulating the abundance and diversity of the species beneath them. Therefore, declining shark populations have a direct impact on the health of our oceans.

To help raise awareness of the issue amongst the wedding market, HKSF is working on a shark-free wedding competition to be launched later this year.

In addition to its various consumer awareness programmes, the organisation has a shark-free companies programme and, last month, also spearheaded a group of coalitions in preparing a petition to the HKSAR Government. The petition asks the Government to make a public policy not to serve shark fin at official functions and has over 1,500 signatures already. HKSF appeals to the HK public to show their support by signing the petition too (cf references).

HKSF is a Hong Kong based charity dedicated to raising awareness of the plight of sharks and to reducing consumption of shark products, primarily sharks fin soup.

Our message is one of sustainability. Healthy oceans need healthy shark populations to maintain the delicate balance of their marine ecosystems. Yet over one third of all shark species are already listed as threatened or near threatened with extinction. This is due, in part, to over-fishing driven by an unsustainable demand for shark fin soup. As over half of the world’s shark fin is traded through Hong Kong, HKSF believes that the people of Hong Kong have the power to make a positive difference in this global issue.

Part of MYOCEAN Limited, a registered charity in Hong Kong, HKSF is also a member of the global shark conservation organisation Shark Alliance and works collaboratively with like-minded organisations both in Hong Kong and around the globe. 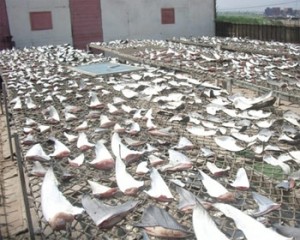