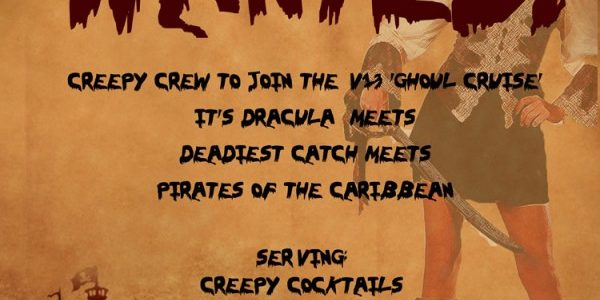 On Saturday 29 October 2011, we will be waiting for a chance to ‘Cut off your Nose’ in a Halloween horror event to highlight the currently unsustainable practice of shark-finning.

Scary shipmates, plundering Ghost Pirates and all manner of Crazy Ghoul crew are invited to come along and sit in ‘Neptune’s Chair’ and have their noses ripped away!

But those of faint-hearts will be relieved that no blood will actually be spilt, as the ‘NoseOff’ is actually an online, interactive, Facebook App that has been designed and built, on a pro bono basis, for HKSF by creative gurus Ogilvy and Mather.

Using the NoseOff App allows you to chop your nose off a picture of yourself to make a protest that you want 2011 to be the cut-off point for unsustainable shark finning. Just as our faces are unbalanced without our noses – so will our marine ecosystems be unbalanced without sharks.

During the event, Halloween revelers, for a small donation, can have their picture taken sitting in Neptune’s chair. The electronic pictures will later be emailed to them with instructions on how to ‘hack off their hooters’ with the NoseOff cutter and send their nose-less pictures of protest to the HK Shark Foundation Facebook page.