IS THE tide turning against shark’s fin soup? Conservationists certainly hope so. On September 22nd in Shanghai WildAid, a charity, launched a campaign to persuade Chinese people to give up eating the delicacy. Celebrity support for the bid was provided by Yao Ming, a Chinese basketball star, and Sir Richard Branson, a British business star. In California, meanwhile, a ban on the sale, trade and possession of sharks’ fins has been passed by the state senate, and awaits only the governor’s signature to become law. 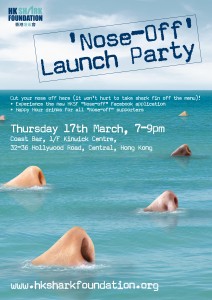