This comes after the U.S. states of Oregon and Washington banned the sale, possession and trade in shark fin earlier this year. In July, Chile outlawed shark finning in its waters with the Bahamas banning commercial shark fishing. Taiwan also became the first Asian country in July to introduce legislation to regulate the trade by requiring that shark carcasses be landed with fins attached.

California is the American shark fin hub. According to estimates, 85% of dried shark fin imports to the United States coming through the state. Sen. Christine Kehoe, D-San Diego stated that California has the highest demand for shark fins outside of Asia, meaning that the bill is of global significance in the fight to save sharks from extinction.

Global shark populations are declining at an alarming rate, driven largely by the highly lucrative shark fin trade, feeding the appetite for shark fin in Hong Kong, Mainland China and beyond.

It is estimated that as many as 73 million sharks are killed each year to satisfy the global demand for shark fin and related products. Consequently, many shark species are now threatened with extinction: in April 2010, the IUCN Red List classified one third of shark species – for which there were data available for assessment – as at high risk of extinction.

At present, there are no sustainable shark fisheries that follow ecosystem-based management principles. Thus, there is no sustainable source to supply the shark fin trade. Hong Kong is the global center of this trade, handling approximately 50% of worldwide shark fin imports each year. From 2008 to 2010, the United States of America was one of the top ten exporters of shark fin to Hong Kong, shipping on average 230 metric tons of the product to the HKSAR each year.

Back in August, eight HK NGOs & concerned individuals co-signed a letter addressed to the California state senators to show that there was strong support for the ban from Chinese communities abroad, urging them to support AB376. Indeed, opposition that labeled the bill “discriminatory” was overcome as arguments for sustainability won out in the end.

Bertha Lo of Hong Kong Shark Foundation said: “The historic decision by California’s State Senate marks a tipping point when sustainability can no longer be ignored. Communities must respond when faced with such substantial facts that challenge cultural traditions. To quote a recent editorial from the Financial Times Asia, ‘cultures are not immutable. Traditions change especially when they are unsustainable’”.

Stan Shea of BLOOM Hong Kong continued: “Speaking on behalf of a coalition of HK NGOs, we now call on the Hong Kong government to follow California’s lead and pursue a path towards positive action, before it’s too late to save many shark species from extinction. We will be writing to the Chief Executive of the HKSAR with our recommendations for action. Just as Hong Kong is a keystone in the shark fin trade, so too does the city have a vital role to play in global shark conservation efforts. As a recent signatory to the Convention on Biological Diversity (CBD), this is one of a handful of conservation issues where action from Hong Kong can have a global impact”.

As pressure mounts from all sides of Hong Kong society to act now, it is hoped that a commitment to shark conservation will figure into the Chief Executive’s 2011-12 Policy Address next month, and that the government will pledge not to consume shark-related products at any government function and introduce measures to monitor Hong Kong’s shark fin trade. Not only have more than 105 reputable Hong Kong companies already signed the WWF-Hong Kong Corporate Pledge – such as HSBC, Hong Kong and China Gas Company and MF Jebsen International Ltd – but the issue was raised twice in last year’s Legislative Council session.

Indeed, more than 14,000 visitors to Ocean Park’s Grand Aquarium signed a pledge not to consume shark fin soup in the 38 days that it was conducted by Ocean Park Conservation Foundation in April and August of this year.

A survey released in April 2011 also demonstrated considerable public backing for government action on this issue. Of a statistically significant 1,029 respondents, 82% think that the Hong Kong government should prohibit the sale of products that involve killing endangered species. Eighty-five per cent express support for a ban on the import of shark fin into Hong Kong.

All eyes are now on Hong Kong. Over to you, Hon. Donald Tsang, Hon. Henry Tang, and Hon. Edward Yau, to reflect the will of the Hong Kong people. 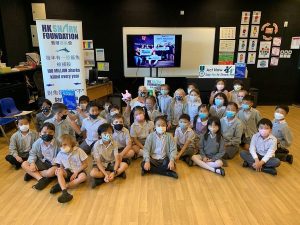 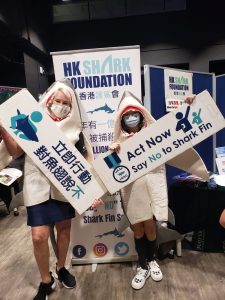