Hong Kong’s famous Avenue of Stars came to a halt for five minutes on May 15, 2011 as an estimated 350 people took part in a freeze mob organised by HKSF (Hong Kong Shark Foundation).

The walkway runs along the Tsim Sha Tsui waterfront and honours heroes of Hong Kong cinema but tourists and visiting locals in the area at the time witnessed the city’s shark-loving heroes strike a pose in the name of HKSF’s campaign to stop the consumption of shark fin.

At 12:45, a long whistle blast was the signal for a silent 5-second countdown before everyone froze mid-action, startling passers-by. Flash mob organiser, Jerry McLean, was struck by the silence at that moment. The avenue is a rare quiet spot in downtown Hong Kong and the sight of so many people frozen in place stilled tongues and turned heads all around. “It was quite eerie,” he said, “but cool eerie”.

“We chose the Avenue of Stars to highlight both the HK skyline and target the mainland Chinese tourists who represent the largest market for shark fin today,” said Rachel Vickerstaff, of HKSF.

According to Mclean, around 40% of the attendees were children. Groups of classmates from schools including Hong Kong International School, Canadian International School, Peak School and King George V School were among the most enthusiastic participants, while quite a few younger ones came along with their parents to do their bit.

Mclean said some parents had commented how much they appreciated the opportunity for their children to connect with an environmental issue such as shark finning: “Their children were getting involved in their first activism, without forcing anything down anyone’s throats,” he said.

“People were excited to be involved in a flash mob,” he added, with many asking when the next one will be. He suggested a still bigger event later in the year is a possibility and said that HKSF would be happy to hear from corporate sponsors interested to get behind the cause.

Every year, up to 73 million sharks are caught worldwide for their fins and other products, with over 50% of the world’s shark fin being traded through Hong Kong alone. HKSF believes the city therefore has a rare opportunity to have a significant impact on a global environmental issue.

Pictures and video of the freeze mob are available upon request.

The HK Shark Foundation (HKSF) is part of MyOcean, a registered Hong Kong charity dedicated to marine conservation. HKSF exists to raise awareness about the unsustainable pressures on shark populations around the world, in particular the pressure brought about by the practice of shark finning. 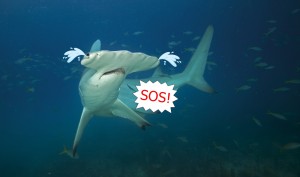 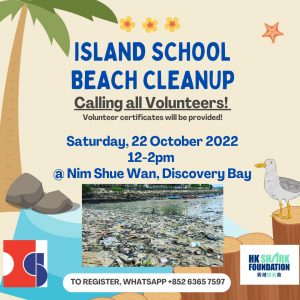