HKSF (Hong Kong Shark Foundation) joins the chorus of praise from environmental bodies in the US and around the world after the California State Assembly approved a bill to outlaw the wasteful practice of shark finning.

The bill was introduced in March by Assembly members Paul Fong, (District of Cupertino) and Jared Huffman (District of San Rafael) and was passed by the Assembly on Monday, May 23, 2011, by a vote of 62 to 8.

The measure now must go in front of the state Senate. If passed there, shark fin soup – a popular tradition at Chinese banquets including weddings – would be illegal in California from January 1, 2013. According to conservation organisation Wild Aid, the state of California is one of the largest markets for fin in the world outside of Asia.

The law proposes to prohibit the sale, possession or distribution of shark fins. Similar laws have already been passed in Guam, Palau, the Northern Mariana Islands, and the states of Hawaii and Washington. Legislation is pending in the state of Oregon.

In January 2011, President Obama signed the Shark Conservation Act which mandated that all sharks landed in the US should do so with their fins still attached. However, supporters of the California bill say that importers have got round that Act by simply buying the fins alone from foreign fleets operating under no such restrictions.

Every year, the fins of up to 73 million sharks are estimated to be traded worldwide. Speaking to the San Francisco Chronicle about the impact this has on ocean ecosystems, Assemblyman Fong said, “This is like a house of cards. Once we lose the top predator, we will watch the rest of the ocean collapse.”

With more than 50% of the world’s shark fin being traded through Hong Kong alone, HKSF believes the city has a rare opportunity to make a significant impact on a global environmental issue.

HKSF Director, Claire Garner said, “HKSF hopes that Hong Kong’s Government is closely following events in California and elsewhere, and now realizes that it is not acceptable to hide its inactivity behind outdated CITES’ restrictions. Instead it should take a proactive approach and show leadership on an environmental issue where Hong Kong has truly global leverage.”

The HK Shark Foundation (HKSF) is part of MyOcean, a registered Hong Kong charity dedicated to marine conservation. HKSF exists to raise awareness about the unsustainable pressures on shark populations around the world, in particular the pressure brought about by the practice of shark finning.

For more information, please visit our FAQs  or contact rachel@hksharkfoundation.org 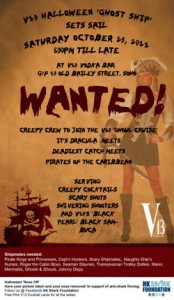