Citibank Bites Off More Than It Can Chew

In a statement issued earlier today Citi Asia Pacific, Citibank’s regional arm, said that it “has stopped all shark fin related promotions in Hong Kong and will be stopping this in all its markets in Asia Pacific with immediate effect.”

The climbdown comes after a campaign orchestrated by anti-shark finning campaigners based in Hong Kong.

Having noted the banking group’s recent marketing blitz around shark’s fin, Rachel Vickerstaff of HK Shark Foundation (HKSF) fired off an email protest to the company. Another of the group’s members passed it on to Clement Li, who set up Facebook group to garner support (要求 Citibank HK 撤回美心魚翅餐推廣活動 Stop the shark-fin soup promotion!).

Within a matter of hours, hundreds had expressed their outrage. At least one long-term customer, Rachel Pang, cancelled her Citibank credit card, despite having been an account holder for ten years.

The swiftly mounting opposition resulted in an about-face from Citi in Hong Kong, with their promotion being ended early.

Then a member of Li’s Facebook group noticed that a similar promotion was still running in Singapore.

Once again, HKSF, via Director Claire Garner, mobilised its members and wider networks and earlier today came the statement from the bank that it had stopped all shark’s fin promotions.

In response, Garner said “HKSF is delighted with Citibank’s decision to reinforce its own corporate policy on environmental sustainability and, accordingly, stop all shark-fin promotions in the APAC region. However, this is just a start – we hope that Citibank will now ensure that sharks fin is not served at any corporate functions or client entertainment and that the brand becomes a proactive supporter of the cause”

HKSF and other likeminded groups have recently been turning up the heat on the issue of shark finning and there are some in Hong Kong who believe public thinking is now moving towards opposing it.

Andy Cornish, Conservation Director of WWF-HK, wrote in today’s South China Morning Post: “Those of us who do not regularly read the Chinese media may not appreciate the degree to which the tide is turning in favour of shark conservation. A number of high-profile events and media attention over recent months in Hong Kong, the shark fin capital of the world, is resulting in a major shift in public opinion.” 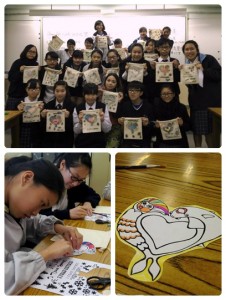