With the dragon boat season in full swing, Hong Kong’s paddlers are getting behind a growing citywide movement to promote shark conservation. On June 16 in Stanley, one of the biggest events on the local racing calendar will give the public a chance to add their support to the cause.

At the 11th Deep Water Bay Dragon Boat Races, hosted by the HK Island Paddle Club (HKIPC) on May 9, 2010 and also at the Lamma 500 Dragon Boat Festival, Hong Kong Shark Foundation (HKSF) volunteers sold ‘Save the sharks’ wristbands and gathered signatures in their fight against the unsustainable harvesting of sharks around the world. Many of those sharks are consumed as shark’s fin soup in Hong Kong.

Said Julie Devine, chairman of HKIPC: “We are delighted to have HKSF as a sponsor for our regatta. We believe that by working together, we can get the recreational water sports community in Hong Kong behind sustainable fishing of sharks and other marine life. To enjoy our seas, we must first protect them.”

The Hong Kong public will get another chance to show their support for such protection at the Sun Life Stanley International Dragon Boat Festival on June 16. The biggest beach party of the year, this event draws a big outdoors-loving crowd, a receptive audience for a message about shark conservation.

The dragon boat events also bracket World Oceans Day, held on June 8, that was marked across Hong Kong with a number of high-profile events dedicated to shark conservation, including the premiere of the award-winning documentary, Sharkwater.

The realisation that Hong Kong people can be a major force for change on this issue is growing. The support shown by the dragon boating community, in past events and on June 16 will further spread the word that together, by saying no to shark’s fin, we can help conserve these predators that are so important to the balance of the ocean ecosystem.

HKSF Joins Visit.org’s Team as the FIRST and ONLY HK Chairty
22 July, 2021 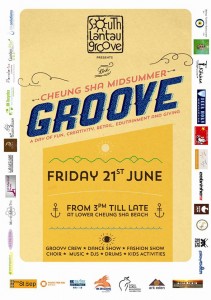 Cheung Sha Mid Summer Groove (21 June 2013)
This summer, HKSF would like to invite children sitting on the beautiful sand beach, enjoying the beauty of nature under…
Go to Top